TL:DR – if you live in/around this part of Cambridge, you’ll be affected by the proposals. So how will you input into them? Read the proposals here, and the background papers at item 13 here for an online meeting of Cambridge City Council’s Housing Scrutiny Committee on 24th Sept 2020 at 5.30pm. Got any views? See https://www.eastbarnwellconversation.com/, or contact your city councillor via https://www.writetothem.com/

I was on that side of town earlier today for football training with Cambridge United FC – only the second time I’ve played football for two decades. And my legs are sure making me pay for the pleasure!

Managed to get back in before the rain arrived. Are there any plans to upgrade the Coldham’s Common Astro pitches to 3G @camcitco? @nmassey79 pic.twitter.com/XlapocjCdn

Above – no, I’ve not turned professional, this is at the Cambridge United Men’s Mental Health Football Sessions, which are free to anyone interested. See here for details. It is one of a series of community programmes launched with the support of the Duke of Cambridge. This followed a talk on football and mental health hosted by Cambridge United and filmed by the BBC.

More details of the above documentary from the BBC are here.

There are still some free spaces available if you know of anyone who wants to join us for a work out that’s different to pumping iron at the gym, as well as finding out the hard way that as the human body gets older in adulthood, it’s not as capable as it might have been at school or college!

Tearing up the old astroturf

There’s a large ageing astroturf pitch off Coldham’s Common by the Abbey Pool in East Cambridge. It’s where our football training sessions are. It’s from a previous generation, which is why I got covered in sand rather than bits of rubber earlier today following numerous tumbles. Its replacement with a new surface is one of the proposals for the future.

The plan for East Barnwell in Abbey Ward, Cambridge

The document includes a brief history of East Barnwell – which at the turn of the 19th/20thC was little more than fields. 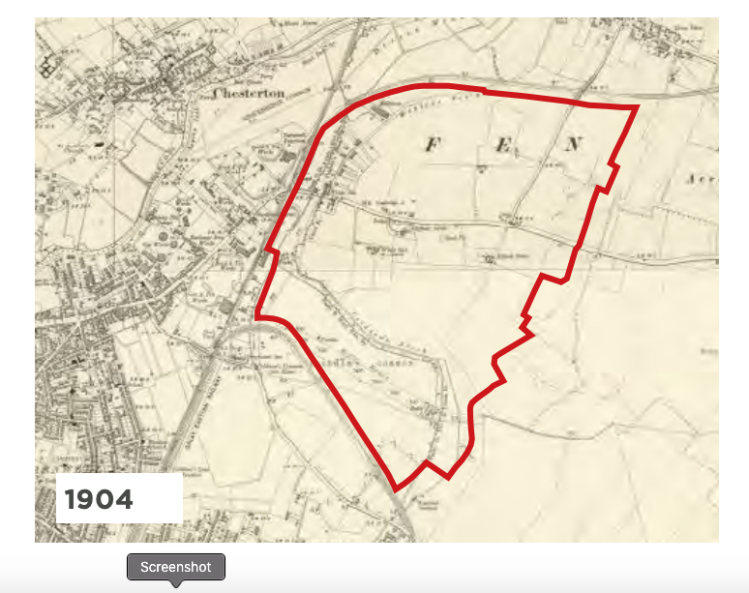 There were three major phases of house-building – interwar, post-war, and late 20thC/ early 21stC. The problem was – and remains, that not nearly enough community infrastructure was built to serve the needs of the people moving in. This is why the proposals for overhauling the built environment are much-needed and long overdue.

“What should East Barnwell have?”

Quite rightly that should be shaped by the people that make up the community, with the support from the council and professionals in the field to help make those aspirations come to fruition. It’s all very well someone like me coming up with grandiose proposals for museums, concert halls, and croquet lawns, but there’s no point building things that people really don’t want or haven’t given informed consent to. Furthermore, you can’t simply build the buildings and not put any work into community development to build and sustain the activities that area already happening. Finally, there might be ideas and proposals from within the community that those in authority don’t yet know about. Part of the community engagement process involves drawing those out and trying to make a success of them. But that comes from having a deep understanding of the area and the people who make it what it is.

East Barnwell in 2040 – even more changes ahead?

Going by the plans to build lots of new homes on the site of Cambridge Airport from 2031 onwards, something now being discussed in the context of the next local planning round, the community will be experiencing even more change and growth.

Above – from the response to the first call for sites, East Barnwell top left, the airport site in the centre shaded in purple.

One of the facilities that was never built was a secondary school in Abbey Ward. One is mentioned in the East Barnwell document, but doesn’t seem to have been included in the publicity for what seems like the corresponding sites. When I was growing up in South Cambridge in the 1990s, I went to school with children who lived in Abbey, many of whom either had to catch a bus or cycle long distances to get to and from the four or so secondary schools closest to them. It used to be the same for children in Trumpington until the community college there was built with the new housing on the edge of South Cambridge.

Whatever happens to the Cambridge Airport site – noting there is significant pressure to keep open one of Cambridge’s ‘green lungs’ by having some large open green spaces (perhaps in the form of an urban country park), ultimately Abbey ward will become much more connected with Teversham village in South Cambridgeshire, and Cherry Hinton village/ward. I still call it a village because I’m old enough to remember talking to the neighbours of my late grandparents who were themselves old enough to remember when green fields still separated Cambridge town from Cherry Hinton village. One abandoned plan was to merge Cherry Hinton and Fulbourn into a small town while maintaining the eastern half of Coleridge ward as open fields/green barrier between them.

The connection will be of huge benefit – at the moment the community is blockaded in by heavy transport infrastructure and a floodplain.

In the meantime, down the railway line at Cromwell Road and Cambridge Ironworks…

A further 118 more council homes – plus homes for sale – are also coming out of the ground this month at the City Council's other site at Cromwell Road, Romsey #Cambridge.
Taking shape rapidly thanks to teamwork at @cambridge_ip and partnership with the impressive @Hill_Group_UK. pic.twitter.com/jG60eqpezg

Both of these are covered in Item 11 of the Housing Scrutiny Committee’s meeting of 24 September 2020. 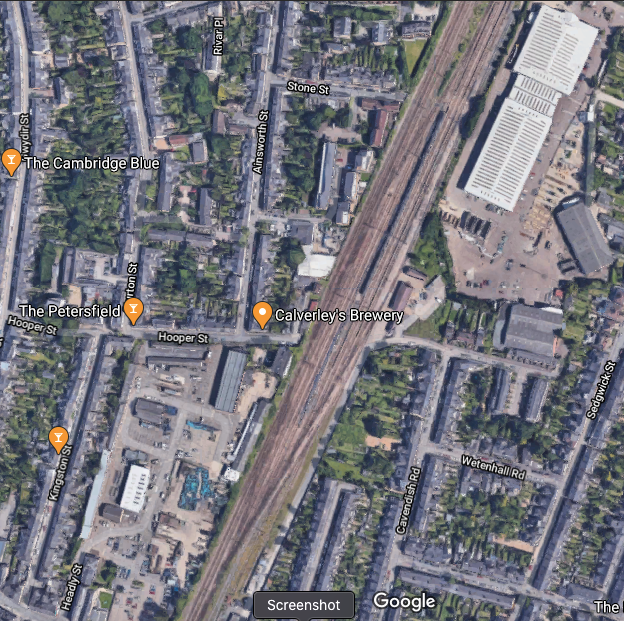 The Mill Road Depot site from this old GMaps screengrab is that large plot of land below Hooper Street on the left of the railway line while the Cromwell Road site incorporates the two white roofed warehouses at the top right of the photo.

I’m still of the view that the developments need a cycle and pedestrian bridge to link the communities and facilities between the two.

At least the new Chisholm cycling trail will add connections for both sites Antony.
There will be a route both east and west of the rail line linking south and north Cambridge.
And connect the sites to both Cambridge station and also the successful new Cambridge North station.

I asked Cllr Herbert earlier but he declined to comment on the specifics. Whether such a bridge will be built depends on whether those in and around the area want to make the case. (The Petersfield and Romsey ward councillors can be found here). The local campaigning community groups are already in place – including the Petersfield Area Community Trust who will be running the community centre on the Mill Road Depot site, to the groups operating out of the Ross Street Community Centre in Romsey Town on the other side of the railway line. Should such a bridge be built, either the late Nigel Gawthrope or the late Allan Brigham would be more than suitable persons to name the bridge after.

“What would you like me to do in your mayoralty?” Vicar of @GreatStMarys to the late @cambmayor Nigel Gawthrope. “Build bridges” he replied. Theme of Nigel’s memorial service today.